You’ve heard about it, but what is it? Similar to 420, 710 is a day when cannabis enthusiasts celebrate their love and appreciation for cannabis, however this day is centered around cannabis concentrates, not flowers. 710 is referred to as OIL DAY; the numbers 710 appear as “Oil” when flipped upside down. The history of the date and celebration is often debated, but it came to internet fame over a decade ago and continues to gain popularity every summer.

Cannabis and hash concentrates have been around for centuries, but the dabbing phenomenon is rather new, relatively speaking, to the cannabis world in the US. Traditional dabbing (made exclusively from butane hash oil) usually involves a rig and a blow torch, which are used to heat up the cannabis concentrate so that a vapor is emitted. The vapor that is released is then quickly inhaled creating a quicker and stronger high. Dabbing can be unappealing to many users due to the high heat required and risk that comes with the process. However, with the increasing popularity of vape pens more cannabis users are beginning to experiment with various cannabis concentrate products that are now on the market.

What are Cannabis Concentrates?

Cannabis plants are covered in tiny hair-like compounds called trichomes, which produce the plant’s cannabinoids. The most notable cannabinoid is tetrahydrocannabinol (THC), which is sought after due to its intoxicating properties, nevertheless over 100 cannabinoids have been isolated from cannabis plants. All concentrates usually have a rich amount of THC that is collected from a variety of trichomes. Non-solvent based concentrates generally have a range of 40-88% THC levels. However, solvent-based extracts are usually the most potent with THC content; the average range is 50-70%, with some solvent-based extracts exceeding 88%. Not only is the THC level in concentrates higher than the level found in flowers, but the user also consumes the vapor at a much quicker rate than usual. This allows the concentrate to release high levels of THC into the body at a fast rate, creating a quick and strong effect. 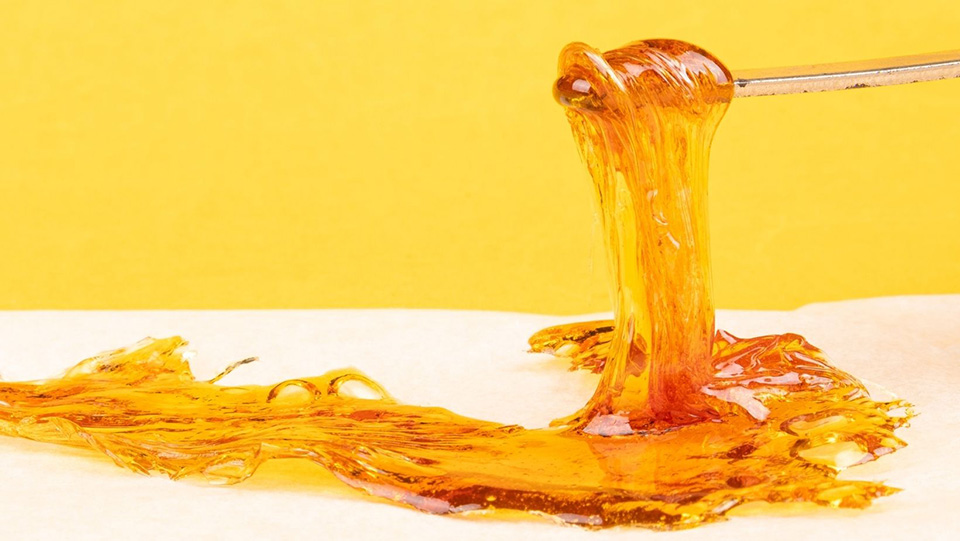 Even though dabbing may be the most popular way to consume cannabis extracts, it is not the only way to experiment with oils. The way that you choose to consume cannabis oil depends on your personal preferences and what you are seeking. Many users who are new to the oil world experiment by adding kief to their bowl or by wrapping their blunt or joint in wax. This allows users to experiment with concentrates without having to purchase any new tools or learn any new skills. The user is still consuming flower with the concentrate, creating a better sense of comfort.

For those wanting to experience the concentrate by itself, vape pens are usually the route to go. Vape pens do not hit as hard as actual dabs, but they allow users to get a fast and strong high with complete ease! There is no need for extra tools, heating devices or secrecy when using vape pens. The pre-filled cartridge is heated up via battery with the ease of a button; some users prefer disposable pens that are discarded after use or you can purchase a rechargeable battery and change the carts as needed/wanted. If you’re in the extraction business and wanting to produce your own cannabis carts Holland Green Science’s Magma Cart Fillers are the way to go. The Magma 25 or Magma 50 both heat up quickly and allow users to fill up to one hundred carts in under five minutes. Our cart fillers allow users to control fill levels and work with ease to ensure no concentrate is wasted in the process.

Of course, cannabis concentrates can be consumed without smoking. Edibles are often disregarded when discussing cannabis concentrates and oils, but they are made possible due to cannabis extracts too! Edibles often have a long lasting high similar to dabs, but generally it takes much longer for the high to activate in the body. It is tempting to over consume edibles with their slow release and delicious flavor variety options, but as with any cannabis concentrate it’s important to start small and slow with consumption.

Regardless of how you choose to celebrate 710 this year, we hope it is a day filled with positive vibes, relaxation and pure enjoyment!